A “paradise of idleness” surrounded by the bluest of seas; the dramatically beautiful, flower-covered Island of Capri has been enchanting visitors for centuries.

There is so much to see – from the colorful port of Marina Grande to the glamorous Piazzetta  where the world’s beautiful people hang out; from the ruins of Emperor Tiberius’ villas to the spectacular Villa Jovis.

You can walk along paths leading to incredible rock formations such as the Natural Arch and the Faraglioni.

You can marvel at the glimmering blue of the Grotta Azzurra or spending a pleasant and peaceful relaxing day, among thermal cures, facials and body treatments and mud baths into the Spa Centers. We also have to mention Anacapri ‘s Villa Damecuta, one of the twelve Imperial Roman villas built by the Emperor Tiberius on the Island.

To enjoy the nightlife, there are exclusive clubs such as “Anema e Core”, “Number 2” hosting VIP’s and famous people from all over the world. 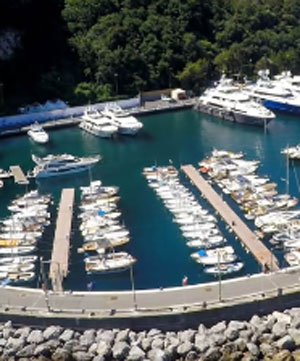